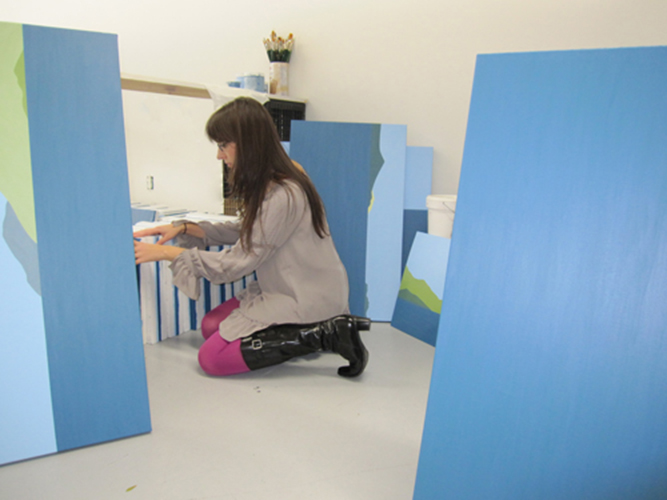 To arrange a visit to my NYC studio, please email info@victoriafebrer.com

I was born in New York to Spanish parents and divide my time between New York and Valencia. Since graduating from the Cooper Union, where I received a full merit scholarship, my artwork has been shown in solo and group exhibitions in the United States, Spain, Italy, Belgium, Ireland, and Japan. In addition to exhibiting in galleries and at universities, I have shown in unconventional and unexpected spaces, including the botanical gardens of Villa Monastero (Aletheia, 2019) and the Former Church of San Nicolau (Blu, 2016). I have also had my work projected onto the façade of the Organization of American States (Art after Dark, 2015), in public transport corridors in Japan and NYC (Toride International Video, 2014 and Under the Subway Video Art, 2012-13), and onto homes and public spaces as part of the Digital Graffiti Festivals (2012-15). My work is part of numerous collections including the Hispanic Society of America, Fundación Bancaja, and the Universidad Rey Juan Carlos.